Home » About Us » Paul Elledge 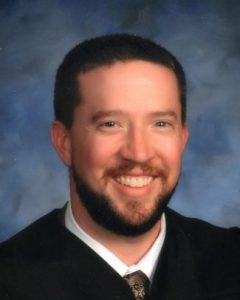 Born and raised in Browns Summit, North Carolina, Paul took an interest in politics and philosophy at an early age. During his undergraduate years at the University of North Carolina at Greensboro, he studied History and Political Science before ultimately graduating in 2001 with a degree in English and a minor in Business Administration.

Driven by a desire to fight for justice, he found his calling at Elon Law School, where he focused on criminal law and trial practice through coursework and internships with the Guilford County Public Defender’s Office before graduating with his Juris Doctorate degree in 2013.

Paul started his career as a solo attorney, handling court-appointed criminal cases, and later joined his first firm, where he obtained extensive trial experience in both the criminal and family arenas. He came to Coolidge Law Firm in 2019 and now focuses solely on criminal defense. He strives to fight for every client’s rights, exploring all possible defenses in order to secure the best possible result in every case.

Outside of the office and courtroom, Paul is a member of the North Carolina Bar Association, the Wake County Bar, and Tenth Judicial District Bar Association. He enjoys hiking, jogging, reading, board games, and spending time with his wife, family, and his cat Milo and his dog Terry.