Driving While License Revoked (DWLR) is a serious offense in North Carolina. A DWLR conviction can result in a loss of driving privileges, heavy fines, and even jail time. It is important to note that under North Carolina law, your privilege to drive can be revoked or suspended for a variety of reasons. The most common are

No matter the specific charge a driver’s license suspension becomes part of your official, permanent North Carolina driving record. So instead of pleading guilty and hoping for mercy from the court, take initiative and seek out legal representation through an experienced criminal defense attorney. Our top rated legal team will help you reduce or eliminate the possible consequences of a driving while license revoked conviction.

Additionally, Coolidge Law Firm helps guide Raleigh residents through this complicated process, and we fight to defend residents of such areas as Raleigh, Cary, Holly Springs, Apex, Knightdale, Morrisville, Wendell, and many more. Call right now to set up a confidential free consultation that will let our firm review your case and discuss your legal options.

Why You Need DWLR Lawyer in Raleigh?

Most people drive every day of their lives.  Losing your driving privilege due to any form of criminal offense can adversely affect school, work, child care, and virtually every aspect of your life.  You may have lost your license for a variety of reasons.  But for whatever reason, you cannot ignore a revoked or suspended license.  Doing so can result in you being pulled over by an officer, arrested, and forced to face enormous penalties that include jail, fines, increased insurance rates, and even further revocation of your driving privilege.

Once a person is arrested for driving while license revoked (DWLR) they will then have two issues to address instead of one: reinstating the revoked or suspended license as well as criminal charges for driving without a valid license. In some cases, individuals can be charged with this crime despite not knowing that their licenses had been suspended or revoked.  In these situations the evidence collected needs to be carefully assessed by our traffic ticket team. They will assist you in restoring your driving privilege and getting the DWLR charge dismissed.

Issues in a DWLR Case in North Carolina 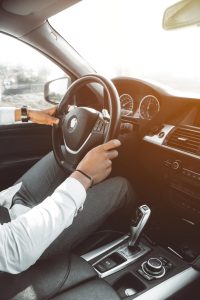 A North Carolina driver’s license may be suspended or revoked for any one or combination of several circumstances, including:

Under North Carolina General Statute § 20-28, any person who drives any motor vehicle on North Carolina highways while his license is revoked can be charged with a Class 3 misdemeanor. However, this offense is classified as a Class 1 misdemeanor if the person’s license was originally revoked for an impaired driving revocation.

An impaired driving license revocation is defined in North Carolina General Statute § 20-28.2 as a revocation pursuant to a violation of one of the following offenses:

Penalties for DWLR Cases in Raleigh

With the misdemeanor class level and the prior conviction level, a judge can impose one of three forms of punishment for a conviction:

Because the list of potential legal consequences range in severity of simply paying fines to extensive time in prison you should not waste time hiring a criminal defense attorney to protect your current and future driving privileges. At Coolidage Law Firm you will be appointed a criminal defense lawyer with extensive success in winning criminal cases related to traffic violations. Call (919) 239-8448 or fill out the form below today to schedule a free consultation.

How Long Can Your License be Revoked in North Carolina?

After facing criminal charges related to the act of driving while license revoked, it is possible that you will have your license suspended for 1 year. Following the ticket being issued your license may expire within three weeks. This means that you are no longer permitted driving privileges of any motor vehicles on a public roadway.

Defense Against Charges of Driving While License Revoked

When you have faced a criminal charge dealing with suspension of you driver’s license, just ignoring the issue won’t resolve the problem. In fact if you do choose to ignore the reality of your situation, in certain circumstances, these charges can result in jail sentences, additional drivers’ license restrictions, and an enormous rise in car insurance costs.

The important thing to remember is that there are options to pursue a defense in any case where your license is suspended. A licensed criminal defense attorney can argue to common reasons the situation may have occurred and help prevent the case from going to trial.

Now that we have discussed reasons you may have received a Driving While License Revoked Charge, ways a person’s license may have become suspended, and the official penalties that can result from the charge. It’s also important to know that simply paying court fines as a resolution to the DWLR citation itself won’t lead to a reinstatement of your license.

All relating issues that caused the initial suspension must be resolved before the license may be reinstated. Given this, it is strongly suggested to have professional legal counsel to resolve your pending charge for DWLR as quickly and accurately as possible. Our goal is to help you figure out when and how we can get you back on the road legally.

How Long Does a Suspended License Stay on Your Record?

If you have been arrested for DWLR, driving while your license was suspended, a speeding ticket, or any other traffic violations you should immediately contact a criminal defense attorney who will work to achieve the most favorable outcome to your case. Coolidge Law Firm will stand by your side and fight get charges reduced or dismissed.

Our firm serves clients throughout the greater Wake County area, including such communities as Raleigh, Fuquay-Varina, Wake Forest, Zebulon, Garner, and Cary. We can provide a complete and thorough evaluation of your case when you call (919) 239-8448 or fill out the form below today to schedule a free consultation.