Let A Trusted Criminal Defense Team In Raleigh Help You!

You may be wondering “What to do when you have been caught driving while intoxicated in Wake County?” The North Carolina State Justice System vigorously prosecutes all DWI cases and aims to get a conviction in every single case no matter what they have to do. This means if you are facing any of the below charges, you need the legal aid of A Coolidage Law Criminal Defense Attorney.

DWI convictions can lead to a host of penalties and sentencing including jail, revoked license, exorbitant fines, loss of job, and even confiscation of your car. However, do not assume you’re guilty just because you have been given a DWI charge. The Wake County law allows for the assumption of innocence until proven as guilty. Our experienced DWI defense attorneys can get you started with a free consultation today!

Arrested for a DWI in Raleigh?

At Coolidge Law Firm, our Raleigh DWI Lawyers will fight for anyone accused of drunk driving, underage drinking, or other criminal charges. We will develop a unique strategy based upon the specific circumstances of your case that can challenge any test result brought forward and fight for dismissal. We will obtain every piece of evidence that exists in your case. From dash cam videos to officer’s notes, reports, and maintenance logs of the breathalyzer machine.

We represent clients throughout Wake County, including:

If any of these situations sound like you, contact a skilled Wake County DWI Lawyer to schedule a free consultation. (919) 239-8448

Can DWI Charges be Dropped?

Now that you have been charged with a potential guilty verdict for DWI charges, you are probably wondering what options you have for DUI defense. In many cases, there is a concern of

Many of these penalties have long-lasting effects on your permanent criminal record. This is why it is important to consult an experienced Raleigh DWI lawyer with a history of proven results. Start with a free consultation with Coolidge Law Firm today!

It is illegal, under N.C.G.S. § 20-138.1, to drive a vehicle on the public streets, highways and vehicular areas of North Carolina under the influence of any impairing substance, including alcohol. The charge is called Driving While Impaired, or “DWI,” in North Carolina. Some people may refer to it as “DUI.”

If a chemical tests shows your blood contains eight parts or more of alcohol for every 10,000 parts of blood (0.08 percent) and you are driving, you may also be charged with DWI. Blood alcohol content (BAC) depends on many factors, including weight, metabolism, sex, food consumed, the type of drink consumed and how quickly they were consumed. It is not as simple as “two drinks.”

“Impairing substance” goes beyond alcohol. It is illegal to drive, for instance, while faculties are impaired due to marijuana or prescription drugs. Under the law, it is illegal to drive with any amount of a Schedule I controlled substance or its metabolites in the blood or urine. Schedule I includes heroin, LSD and Ecstasy (MDMA).

For suspects under 21, the law in Wake County does not permit you to have any alcohol in your system whatsoever. So even a BAC of 0.01 would result in your being charged.

There are few greater feelings of apprehension a person can experience than when police lights go off behind them, ordering them to pull over. What happens during a DWI stop — the rights the suspect asserts and how closely police officers follow procedure — can dramatically affect the outcome of any DWI investigation.

An officer may not simply pull over any vehicle on the street and test the driver for drunk driving. They must have “reasonable articulable suspicion.” Reasonable suspicion is an articulable set of facts that a person could look at and objectively argue that criminal activity is afoot.

It is not enough to say that a person was leaving the Downtown Raleigh area at 2 a.m., or that they were driving a car typically driven by people partying.

Behavior police often give as evidence of reasonable suspicion includes;

If the police did not have reasonable suspicion to pull a person over, that person’s defense lawyer can file a motion to suppress all evidence that resulted from the stop. In most circumstances, this will leave the prosecutor with no choice but to dismiss the charges.

If an officer pulls a person over and suspects him or her of driving while under the influence, the officer will ask the driver to perform a sobriety test to determine whether he or she is impaired. Tests for impairment can include:

While you can refuse to perform any field sobriety testing, you cannot refuse to provide a sample of your breath without losing your driving privilege for one year. Officers can also apply for a search warrant to obtain a sample of your blood if you refuse to perform the breath test.  Your blood will be tested for alcohol so refusing the breath test may ultimately not only result in the prosecutors knowing your BAC but also you losing your right to drive for one year.

If you provide a sample of your breath as requested by the officer, and the result is .08 or above (.04 if you are a commercial driver, or .01 if you are under 21), your license will be revoked for 30 days.  You cannot drive for these 30 days unless permitted to do so under a pre-trial limited driving privilege.

The standardized and non-standardized tests used by officers, the portable breath device, and the breathalyzer used to confirm your BAC have issues that can be exposed by an experienced DWI defense attorney. Officers often get lazy and do not perform these tests according to protocol. The breath machine may not have been properly calibrated.  At Coolidge Law Firm, we use our own expert, Doug Scott, a 27-year veteran of the Cary Police Department and former commander of their traffic safety department, to evaluate certain cases.  We hold the state to the highest standard and defend your rights at all costs

The sentence may be determined on an individual basis depending on the severity of the crime. Level V – A felony if caught with an aggravated felony. The court may suspend a person’s probation if they have been sentenced for more than 24 hours. Level III – Penalties: $500 in fines and 90 hours in jail. The court has the option of suspending the sentence after the driver has served 48 hours in prison. Level III — A prison term from 1 to 6 months with a fine of up to $500.

Remember, to arrest you for driving while impaired, the officer must have probable cause. Probable cause means that sufficient evidence exists that an average officer in similar circumstances can reasonably infer that a person has committed a crime, in this case, DWI. The standard here is higher than that for reasonable articulable suspicion but still lower than beyond a reasonable doubt.

Under N.C.G.S. § 20-16.2, any person who drives on the roadways of within the state has given “implied consent” to a chemical analysis of their blood. As stated, a driver may refuse the test. However, if he or she does so, it is contrary to the “implied consent” provision. The state, therefore, may take civil action in the form of suspending the person’s driving privileges.

You do have the right to appeal this revocation and request a hearing before the DMV.  You must submit this request during the 10-day period before the revocation becomes effective.  As your attorney, we can challenge the validity of the DWI stop as well as the willfulness of your refusal.

To keep your license, it is absolutely imperative to act immediately. Call us now so we can begin working on your defense.

Contrary to public misperception, judges do not sentence someone to a worse punishment (sentencing level) just because they chose to challenge their DWI at trial.  Rather judges consider the absence or presence of mitigating, aggravating, and grossly aggravating factors in your case.  Factors may relate to:

The judge may consider as a mitigating factor that you’re driving at the time of the offense was otherwise safe and lawful except for being impaired.  At the same time, a judge must also consider, especially reckless driving, speeding more than 30 miles per hour, fleeing or eluding a police officer or passing a school bus as aggravating factors. Negligent driving that leads to an accident is also an aggravating factor, and all judges will find a grossly aggravating factor if you caused serious injury to a person as a result of your drunk driving.

DWI convictions within the past seven years count as a grossly aggravating factor for each conviction.  A defendant with three or more prior DWI convictions can be tried as a habitual DWI offender and face a minimum one-year jail sentence which cannot be suspended and must be served without exception. 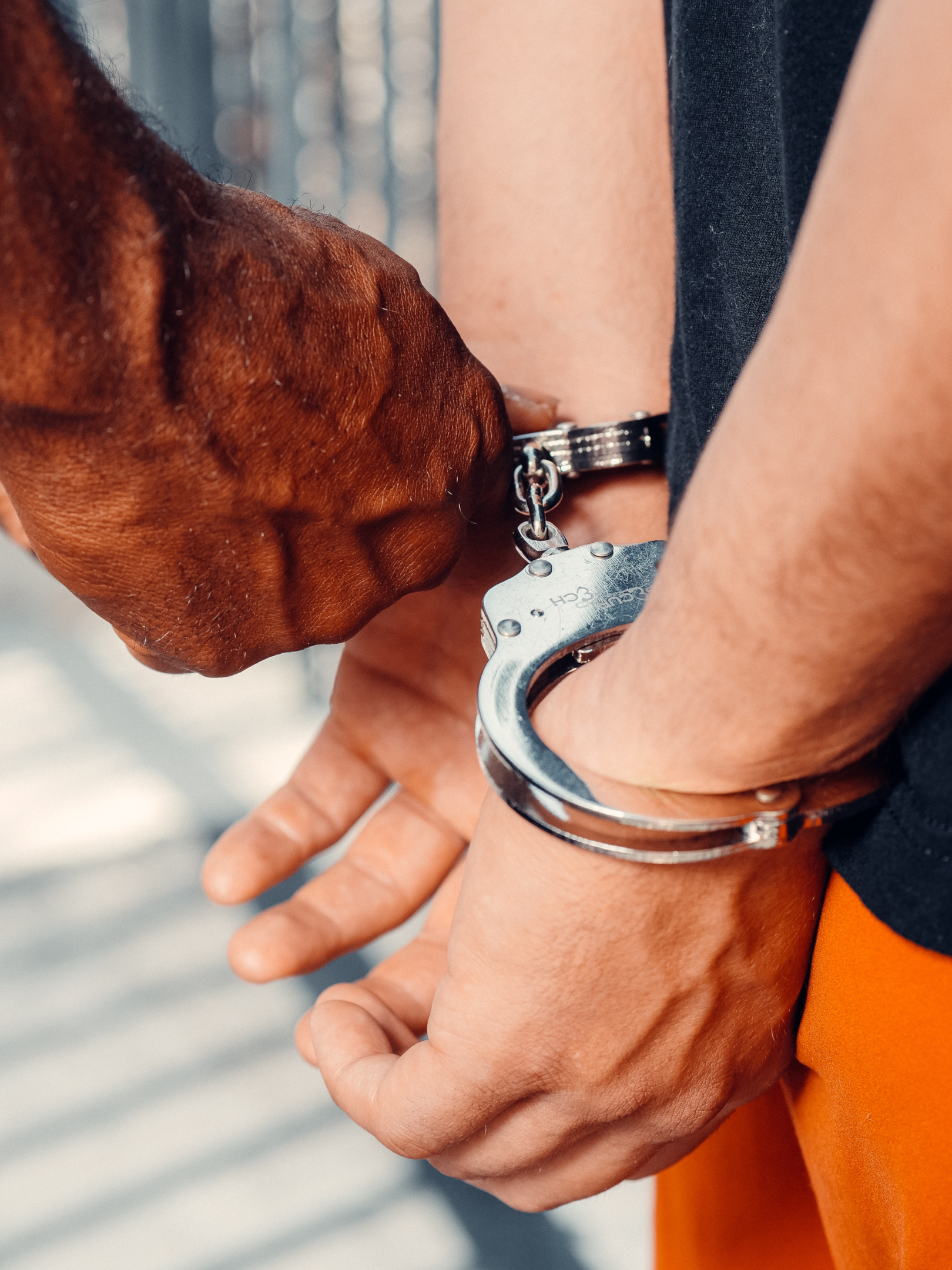 It is also a grossly aggravating factor to be convicted of driving while impaired with a license that has been revoked due to another DWI charge.

Passenger is a Child or Has a Disability

Who you have in the vehicle when an officer charges you with DWI can affect your sentence upon conviction.  Having passengers younger than 18, or who have the mental capacity of someone under age 18, or even passengers who have a disability that would prevent them from escaping the vehicle in an accident would result in the sentencing judge finding a grossly aggravating factor.  Having these factors would cause you to be sentenced with a Level 1 DWI.

except devices moved by human power or used exclusively on rails or tracks. This means the punishment for driving under the influence expands to all types of self-lead transportation, including bicycles, tractors, lawnmowers, and Bird Scooters.