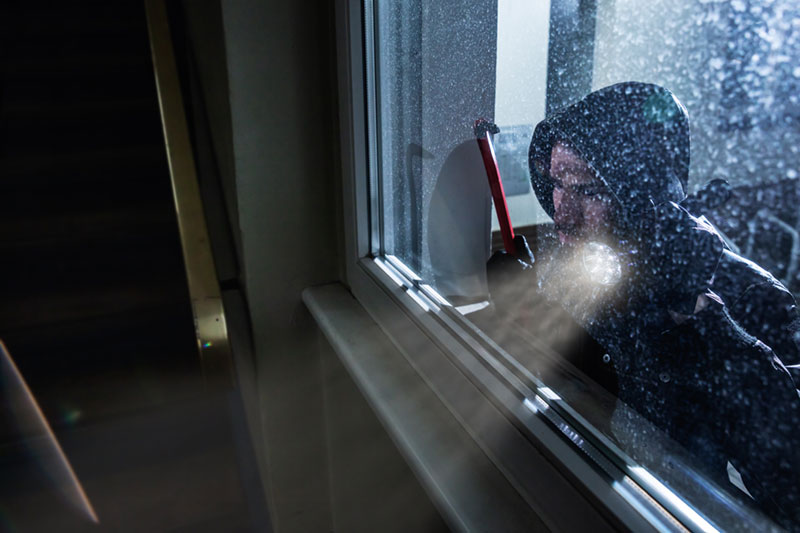 Additionally, be aware that the state aggressively pursues criminal charges against you. Sentences for both burglary and robbery range anywhere from 47 months to 204 months in prison. This makes it extremely important that you consult with an experienced North Carolina criminal defense attorney immediately upon being arrested. Contact Coolidge Law Firm for assistance. We can help you defend yourself against any charges that may be filed against you.

Burglary occurs when a person unlawfully enters a place with the intention of stealing property and does not have the permission of the person who has physical, lawful possession of the property. This is the common law definition.

For the crime to be classified as burglary, the defendant must enter with the intent to commit a felony or theft. You may be wondering how the prosecutor can prove what the defendant was thinking in terms of intent. Actually, the jury can infer that, because the defendant entered a building without permission, there was intent even if the theft never occurred.

If you break into a building other than a dwelling, you can be charged with the lesser offense of breaking and entering. However, the charge is upgraded to a felony if you break in with the intent of committing a crime. And, the charges are elevated when you break into a place of religious worship like a church, synagogue, temple, or mosque.

Robbery occurs when a person takes (or attempts to take) property unlawfully from a person through the use of threat or force. The common law definition is “the unlawful taking of property from the person of another through the use of threat or force.” It does not have to include breaking and entering as burglary does. In North Carolina, a person can be arrested for robbery when he/she forcibly steals property directly from another person by using threats, force, or intimidation. To be convicted of robbery, the prosecution must prove guilt of all three elements as defined in the common law.

The first element in the classification of a robbery requires that you take someone else’s property without the owner’s permission.

“From the Person of Another”

The second element in the classification of a robbery requires that property must be taken from another person. This means that the property is taken either:

“Through the Use of Threat or Force”

The third element in the classification of robbery requires that the theft is accomplished using threat of force through violence, intimidation, or fear. Many times, this is a subjective determination that is left to a jury. If the victim feared for his or her safety or the safety of their loved ones, then the threat of force can be determined. However, a weapon is not necessary in inducing fear, or imposing force or violence. Use of a weapon causes criminal charges to be intensified.

In North Carolina, robbery is always charged as a felony. The specific charge depends on these three aspects of the crime:

If you have been arrested for burglary or robbery, call Coolidge Law Firm immediately. You need to obtain legal guidance and secure defense with attorneys who are experienced in these types of crimes. We are prepared to work for the best possible outcome in your case. We represent areas in Wake County including Raleigh, Cary, Apex, Cary, Wake Forest, Garner, Durham. Call us today at (919) 239-8448 or complete the contact form below.