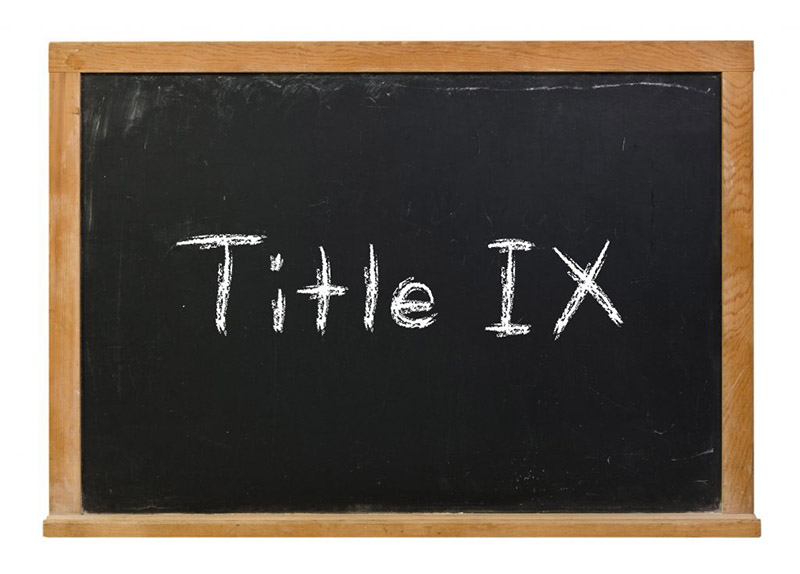 The College Football Playoff committee has dropped North Carolina State University from the rankings following the Wolfpack’s loss to Wake Forest, which has essentially spoiled any chance at a New Years Six Bowl or even potentially making it into the top 10 even if they are able to win out. NC State at 8-3 may be disappointed about their bowl game prospects but it was a little more than a year ago that the school was embroiled in a sexual assault scandal involving five of its players that launched a Title IX investigation.

After a party in July of last year, five NC State players were accused of multiple sexual assaults. While the players were not ultimately charged by NC State University police the school still conducted a Title IX investigation and all players were disciplined by the school.

There has been no shortage of stories across the country of university athletics programs undergoing Title IX inquiries due to sexual assault accusations. What may be confusing to some regarding Title IX is that Title IX is a federal civil rights law that was passed to prevent gender discrimination in educational programs or activities. Although not explicitly stated in the statute, Title IX has been invoked mostly to create equity in female athletic programs. The operative section of Title IX is reproduced here:

(a) Prohibition against discrimination; exceptions

No person in the United States shall, on the basis of sex, be excluded from participation in, be denied the benefits of, or be subjected to discrimination under any education program or activity receiving Federal financial assistance…

So, what does any of this have to do with sexual assault? Specifically, is a female student being discriminated against by the school itself if she is sexually assaulted by a classmate? It turns out that the Supreme Court has ruled that sexual harassment and assault are forms of discrimination. If a school receives federal education funds, they may be liable under Title IX if the school was deliberately indifferent to known misconduct.

That is not to say that the school is liable for all misconduct. First, the misconduct must be so severe and offensive that it effectively bars the victim’s access to an educational opportunity or benefit. The Supreme Court has indicated that sexual harassment and assault are barriers to victims since they create a hostile educational environment.

The liability of the school is further limited to circumstances where the institution has substantial control over the person committing the misconduct and control over the context of the misconduct itself. When the crime is committed by a student on another student, control can mean simply that the accused student is subject to school discipline and that the incident happened on campus or somewhere the school had control of the situation.

In the case of NC State, the five football players were student athletes that were under the school’s disciplinary authority and they allegedly committed the assaults on campus in the student residence halls. This was enough to subject the school to liability.

Whether NC State was deliberately indifferent to the misconduct is the final question and the reason they launched their own investigation. Interestingly, the investigation resulted in suspensions for three of the players and expulsions for the other two players but not for sexual assault. Instead, the players were disciplined for alcohol and marijuana violations. Since the report was not released publicly it may be assumed that the school, like the police, did not find enough evidence to support the accusations of sexual battery.

That lack of evidence shouldn’t be interpreted to mean that the accusers were dishonest or lying though but it is important that the accused were afforded due process as false allegations do happen and can be extremely damaging. The infamous Duke lacrosse case is a perfect example of how false accusations and knee jerk reactions can destroy the lives of those not initially afforded due process.

Speak to a Sex Crime Attorney in Raleigh

If you have been arrested for a sex crime or are a student under investigation for a sex crime you need an attorney to protect your rights in both cases. Reach out to Coolidge Law Firm at (919) 239-8448 or fill out the contact form below and we’ll do all we can to protect you.  Attorney David Coolidge has significant experience representing students before the Office of Student Conduct. Never talk to any university official before speaking with an attorney.