Home » Understanding Assault with a Deadly Weapon in NC 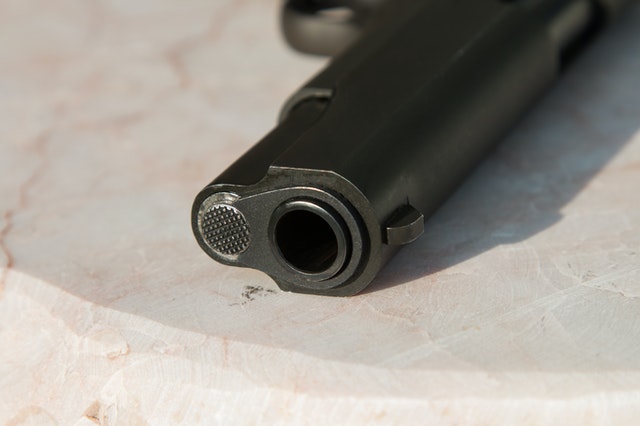 Understanding Assault With A Deadly Weapon In NC

If you are facing assault charges in North Carolina, there are many ways for your criminal defense lawyer to build a case that will convince the court of reasonable doubt. Assault is a serious charge and should be taken as such, but when an assault charge is elevated to a charge of assault with a deadly weapon your legal troubles become more complicated.

Although assaulting someone with a deadly weapon is a serious crime, carrying the potential punishment of jail time along with other consequences, our criminal defense attorneys at Coolidge Law Firm will provide the best possible defense to get your charges reduced or even dismissed.

In order to understand the weight of criminal charges that carry a potential felony conviction, we will explore what it means to be charged with assault with a deadly weapon in NC.

What Is Assault with a Deadly Weapon?

Most assaults in North Carolina are tried as misdemeanor assault charges and are categorized as violent crimes. The more severe the attack, the more severe the assault charge. For instance, simple assault is when the offender attacks someone verbally or physically without injury, whereas assault that results in a serious injury means that the victim needed medical attention after the attack. While still a misdemeanor charge, an assault that results in serious injury to the victim means there will be a more severe punishment if convicted than you would see with a simple assault charge.

That is not the limit of potential charges for assault. Different types of assaults and the circumstances surrounding each differ in severity and punishment, whether it’s domestic violence, assault on a law enforcement officer, or assault with a deadly weapon, the state of NC takes these advanced counts of assault very seriously.

So, what exactly constitutes assault with a deadly weapon?

Misdemeanor Assault With A Deadly Weapon

Just as with the types of assault being punishable based on severity, the outcome and intent of the assault carry additional penalties based on particular facts and circumstances related to the crime.

Examples of Misdemeanor Offenses with a Deadly Weapon

An example of a simple assault with a deadly weapon that classifies as an A1 misdemeanor would be during a baseball game between friends, one person swings the bat and hits another person with it instead of hitting the ball. That person does not suffer serious injuries nor was there an intent to kill, but an assault still took place and the individual may react by taking the initiative to file charges.

In an example of affray with a deadly weapon, two or more people get into a public fight outside a bar or sporting event. The fight begins to get physical, and one of the participants is carrying a gun that accidentally goes off, making the other two people have a reasonable fear for their lives. While there was no serious injury because no one was hit by a bullet, and there was no intent to kill or even draw the gun, the individuals felt a reasonable threat, and the person whose gun was discharged faces misdemeanor assault charges.

Punishments for Misdemeanor Assault with a Deadly Weapon Charge

A Class A1 misdemeanor assault with a deadly weapon crime is punishable by up to 60 days in jail for a first offense and up to 150 days in jail if the accused has prior convictions. While it is a misdemeanor charge, even simple assault with a deadly weapon should still be treated very seriously, as it will remain on your permanent criminal record.

If you or someone you know is facing a charge of assault with a deadly weapon, it is important to schedule a free consultation with an experienced criminal defense attorney who can fight on your behalf.

There are several instances when an assault with a deadly weapon charge gets elevated to a felony assault charge, even if there is no serious injury or intent to kill. Assaulting a disabled person, government employee, police officer, or first responder with a deadly weapon in the state of NC constitutes a Class F felony. This type of felony offense results in a longer sentence under North Carolina law.

What Makes Assault a Felony in NC?

The North Carolina General Statute does not specifically define what a serious injury is, but it is generally understood that the victim required medical treatment to recover from the assault. For example, a stab wound requiring multiple stitches or surgery may be charged as a serious injury caused by assault with a deadly weapon, as would an attack to the head with a blunt object that caused a traumatic brain injury.

If the victim is attacked with a gun, knife, blunt object, or another weapon, the defendant will face serious injury charges as the result of an assault with a deadly weapon if any of the following occurs:

This Class f felony holds the potential punishment of between 10 to 41 months in prison.

The accused will face felony assault with deadly weapon charges if the investigators conclude that the defendant intended to kill the victim by use of the weapon. The intent to kill is a Class e felony charge and is punishable by between 15 to 63 months in prison.

There are factors that can determine the eventual outcome of a guilty verdict and length of a prison sentence, such as:

If both serious injury, as well as an intent to kill, are found to be present, the charge is elevated to a Class C felony. Class C felonies are punishable with a sentence of 44 to 98 months imprisonment. Again, severity, presumptive or mitigating factors, and prior convictions may change the sentence.

Why Should You Hire A Lawyer?

An assault with a deadly weapon inflicting serious injury with or without the intent to kill is a serious crime and should be handled as such. When you are faced with the possibility of lengthy imprisonment, a permanent criminal record that includes a violent crime, and charges that, if found guilty, will forever affect your life, it is vital to have the best legal representation you can find.

Hiring a skilled assault with a deadly weapon defense attorney who has represented individuals in cases similar to yours allows you to have a fighting chance at reducing the charges or even potentially dismissing them altogether. Without adequate legal representation, you can find yourself overwhelmed with the criminal justice system, fall victim to having your rights violated, and lose out on the chance of escaping conviction.

Defending Against Assault With A Deadly Weapon

To determine the strongest strategy for defense, it is important to meet with your criminal defense attorney so they can analyze the specific events and details surrounding your case. Once your attorney gets a full picture of the circumstances of the crime for which you are charged, they can then put together the best strategy for defense in order to get a not-guilty verdict, reduce the severity of the charges, or even have charges entirely dismissed.

Some potential defense strategies are:

If you are accused of assault with a deadly weapon, you need legal representation from an experienced criminal defense attorney in Wake County.

At Coolidge Law Firm, we are dedicated to fighting for our clients, advocating for their rights, and crafting powerful defense strategies. Reach out to us today for a free case consultation by calling us at (919) 239-8448 or filling out the form below to get started.