Home » Can an Intoxicated Person Give Consent? 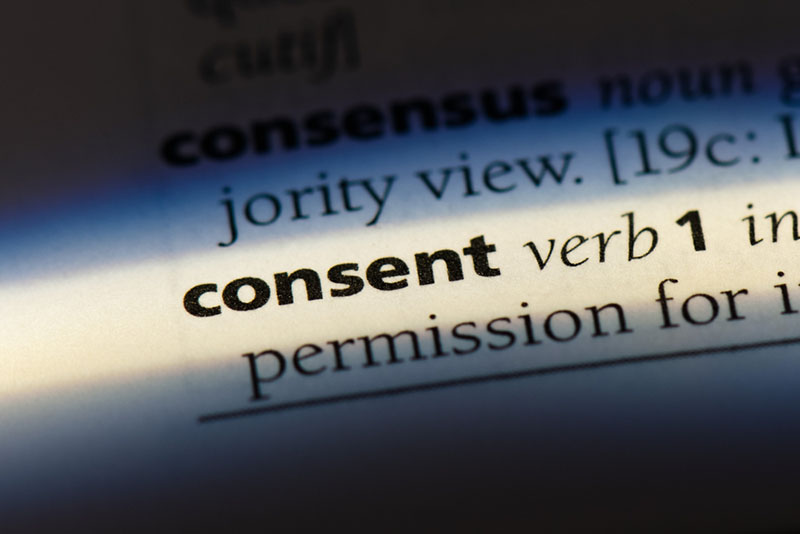 The #MeToo movement has forced the American public to grapple with the topic of sexual assault and the more difficult question of consent. Whether or not a person agreed to engage in sexual intercourse is often the crux of rape cases. There are always uncertainties when it is one person’s word against another. When alcohol is involved, it makes things even more uncertain and it often begs the question, can a drunk person consent to sex?

What Does Consent Mean in Raleigh?

Mentally incapacitated. – A victim who due to

(i) any act committed upon the victim or

(ii) a poisonous or controlled substance provided to the victim without the knowledge or consent of the victim is rendered substantially incapable of either appraising the nature of his or her conduct or resisting the act of vaginal intercourse or a sexual act.

This definition is interpreted to include people that are intoxicated but only if they are so intoxicated that they do not understand the consequences of their actions or have the ability to resist a sexual act. So, it may sound like only a person that is “blackout” drunk cannot consent but there is more to the definition.

What do the Courts Say?

We have to turn to the courts to resolve this type of ambiguity. The most relevant case is a Court of Appeals of North Carolina case called State v. Haddock. In that case one of the questions was does the term “any act committed upon the victim” from the state’s definition of mentally incapacitated, include voluntary acts of the victim or does it only include acts committed by the alleged offender. The Haddock Court ruled that the phrase “committed upon” does not include voluntary acts, saying the following:

“… this phrase connotes an action committed upon the victim and not a voluntary act by the victim herself. Thus, the language of the statute, strictly construed as required for criminal statutes… leads us to conclude that the protection of the statute does not serve to negate the consent of a person who voluntarily and as a result of her own actions becomes intoxicated [emphasis added] to a level short of unconsciousness or physical helplessness as defined by N.C. Gen.Stat. § 14-27.1(3) (2005).”

How About on a College Campus?

College campuses do not exactly follow the criminal statutes, nor do colleges use the same burden of proof.  At  a lot of schools like, North Carolina State University (NCSU), the standard is more like the civil standard of proof beyond a preponderance of the evidence. The question becomes, is it more likely than not that this student committed this act.

At NCSU, the code of student conduct does provide a definition of consent.  It states that “Consent” means an affirmative decision to engage in an activity given by clear action or words. It is an informed decision made freely, willingly, and actively by all parties. Behavior will be considered “without consent” if no clear consent, verbal or nonverbal, is given. Consent cannot be procured by physical force, compelling threats, intimidating behavior, or coercion. A person cannot give consent if he or she is Incapacitated as a result of alcohol or drug consumption (voluntary or otherwise), is unconscious, unaware or asleep during the act, is under the legal age to provide consent, or otherwise lacks the capacity to consent.

In determining whether a person is Incapacitated, the analysis must include whether the accused knew or should reasonably have known that the person was Incapacitated. A lack of protest or resistance is not a valid form of consent. Silence is not a valid form of consent. A prior relationship or prior sexual activity is not sufficient to demonstrate consent for sexual activity. Consent can be revoked or withdrawn at any time, even during a sexual act. If consent is withdrawn, the act is no longer consensual. Based upon this definition of consent, a student could very well not be charged with a criminal offense of committing a sexual act upon another student but still held accountable by the school’s Code of Conduct.  Students facing these types of accusations should ALWAYS consult with an attorney prior to speaking with any university official.

Speak to a Rape Lawyer in Raleigh Today

There is a lot of misinformation out there and the law can be confusing. If you have been accused of rape in North Carolina or your college’s Office of Student Conduct has contacted you about sexual misconduct, you need to find an experienced criminal defense attorney who has a deep understanding of the law. Reach out to Coolidge Law Firm at (919) 239-8448 or fill out the contact form below.